Here’s some information about Dennis. 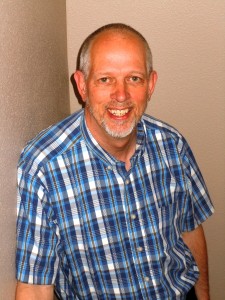 In the early 80’s during a time of personal retreat, the Lord convinced Dennis that when He said, “When you pray, pray like this,” He actually meant, “When you pray, pray like this.” Since that time, using the Lord’s Prayer as the pattern of his own personal prayer has been the largest, most significant influence, not just in his prayer life or his spiritual live, but his entire life.

Dennis Fuqua (pronounced few-kway) has been the director of International Renewal Ministries (www.prayersummits.net) since 2000. In 2012 he also became the founder/director of Clark County Prayer Connect (www.ccprayerconnect.net).  Prior to that, he pastored for 25 years (to the day…) in Gig Harbor, Washington.

In 1989 IRM (under the direction of Dr. Joe Aldrich) gave birth to the Pastors Prayer Summit movement. Now Dennis helps shepherd this movement which has spread to at least 40 states and 30 nations. He not only facilitates Prayer Summits for pastors in cities, but also for congregations. He speaks often on topics related to both individual and corporate prayer, in congregations, conferences, and retreats.

He has authored many articles and three books: Living Prayer: the Lord’s Prayer Alive in You, (2010/12) United and Ignited: Encountering God through Dynamic Corporate Prayer (2012) and Experiencing Live and Power through Biblical Meditation (2015).

His passion is to see the church relate in the best possible way to God, to itself, and to those who have not yet placed their faith in Jesus Christ. He is a member of America’s National Prayer Committee and Mission America Coalition. Dennis and his wife, Marilyn live in Vancouver, Washington. They have four adult children and ten grandchildren. He loves the Pacific Northwest, playing golf, watching sports, late 60’s music, God, and being with his family; though not necessarily in that order.

He can be contacted at dennisfuqua@gmail.com.